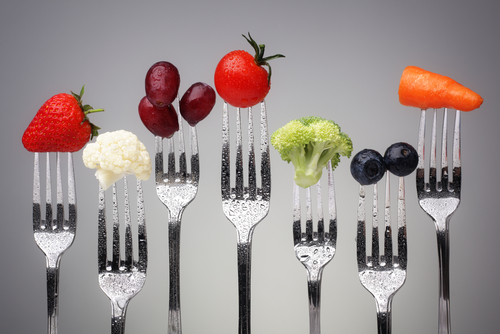 With so many opinions about what constitutes the ideal diet, it’s no wonder that we might still feel a little confused. So we’d like to share a healthy eating food plan developed by doctors at the Breakspear Medical Centre. It’s aptly named The Ideal Food Plan.

We all know the basic principles of healthy eating and how it can help us to feel healthier, but if we want to up our focus and concentrate on our diets more closely as we head into Spring, what do we need to know? The Ideal Food Plan for Life is an easy to follow set of guidance developed by medics at Breakspear who offer it to patients when treating a wide range of health issues.

The basic principles of the food plan are:

The Ideal Food Plan for Life is one in which refined carbohydrates are kept to an absolute minimum. There’s an abundance of research which links the consumption of refined carbohydrates to obesity, diabetes and cardiovascular disease. Increasing rates of obesity are contributing to the frequency of Type II diabetes in adults, young people and children.

While in Type I diabetes the body produces little or no insulin, in Type II diabetes the body does not make enough insulin, or cannot use insulin properly, which is called insulin resistance. When carbohydrates are eaten, the body’s blood glucose (sugar) levels rise. The pancreas (a gland behind the stomach) then secretes insulin, which moves glucose out of the blood and into muscle and fat cells, where it is either broken down to produce energy or stored.

To overcome this insulin levels should be kept as stable as possible throughout the day. This can be achieved through the consumption of fibre-rich, fresh fruit and vegetables and unprocessed whole grains combined with some fat and protein at each meal. For example, breakfast could be organic oats (not instant), 1 chopped apple or banana or a handful of berries, milk of choice (e.g. rice, soya or cow’s), 2 tablespoons of pumpkin and/or sunflower seeds and a sprinkled 1⁄2 teaspoon of cinnamon.

Understand the role of fats and proteins in a healthy diet

Fats should primarily be composed of polyunsaturated (e.g. fish, flax, hemp) and monounsaturated (e.g. olive and rapeseed oil, avocado), with saturated fat being kept to a minimum. This does not mean that saturated fat should be eliminated from the diet, as this type of fat plays important physiological roles within the body, one of which is to stabilise the outer membrane of all cells.

However, most people’s diets are already high in saturated fat through the consumption of red meat and full fat dairy products. Poultry (without skin) and fish have lower saturated fat and these foods are good sources of lean protein. Animal proteins are called ‘complete proteins’ because they contain all of the essential amino acids that humans require (‘essential’ meaning they must be acquired from the diet).

Another good way to add protein to the diet is by eating beans and grains. Soya protein contained in foods such as soybeans, tofu, and soya milk is also a ‘complete protein’ due to the fact that it contains appreciable amounts of the essential amino acids.

By combining a bean with a grain, a ‘complete protein’ can be synthesised by the body.

What are the real benefits of eating more fruit and vegetables?

Five servings of fruit and vegetables per day is considered the minimum, and variety is equally important. Plants contain phytochemicals (plants or fruit derived chemical compounds), which perform numerous functions within the body and are important for health. The food plan specifically suggests including foods from each of these categories:

Is there a right type of carbohydrate to eat?

Carbohydrates form a large food group, which is composed of many different classes of compounds. Although carbohydrates are best known for providing the body with its main source of energy, they also perform numerous other vital functions.

Carbohydrates have traditionally been classified as ‘simple’ and ‘complex’. However, this definition fails to take into account the ‘intermediate’ carbohydrates, such as fructooligosaccharides (FOS), which are ‘prebiotic’ carbohydrates.

Prebiotic carbohydrates avoid being digested in the upper part of the intestinal tract and arrive in the large intestine where they are used by beneficial bacteria as a food source. Prebiotics are found in foods such as onion, garlic, Jerusalem artichoke and asparagus.

When carbohydrates are refined, such as when whole corn is processed to make high-fructose corn syrup (present in numerous soft drinks), many vitamins, minerals and fibres are lost. Other examples of refined carbohydrates are table sugar, cakes, biscuits and white flour.

Consuming refined carbohydrates generally has adverse effects on the body, and is linked to Type II diabetes. For this reason, most healthcare practitioners recommend eating foods which have not been refined or that have been minimally processed. Other carbohydrates may be used in the body as glyconutrients and include arabinose, mannose and the glyconutrients from mushrooms, which can be valuable.

The organic food market is the fastest growing industry in the UK, partly because people are willing to pay more for foods that they believe to be healthier and more nutritious. Research comparing the quality of organic versus conventionally grown food is relatively scarce, but two flavonoid compounds, quercetin and kaempferol stand out from the rest. A 10-year study of organic and conventional crop management techniques identified big differences in the levels of two flavonoid compounds, quercetin and kaempferol, both found in tomatoes.

Quercetin is an antioxidant linked with inhibiting production and release of histamine and other allergic/inflammatory mediators. Levels of quercetin in organic tomatoes were found to be 79% higher than in conventionally grown tomatoes. Kaempferol is associated with reduced risk of heart disease. Levels of kaempferol in organic tomatoes were found 97% higher than in conventionally grown ones. Eating organic food should significantly reduce one’s exposure to pesticides, so if you were to swap one thing in your food basket, tomatoes would be a place to start.

A study published in Holland in 2019 by its food watchdog NVWA, found that almost one in five samples of fruit and vegetables tested showed remnants of hormone disrupting chemicals. The research found that half of nectarines, grapes and peaches imported from Spain contained the harmful chemicals. Over 3000 vegetable and grain samples were also analysed with 21% affected. Similar levels were found in Dutch grown food, although the main culprits were food imported from outside the EU, the highest being food from the Dominion Republic.

Even if organically grown fruit and vegetables broadly isn’t necessarily more nutritional, evidence about the impact of chemicals entering our bodies via the food chain is growing. You can read more in our section about endocrine disrupting chemicals.