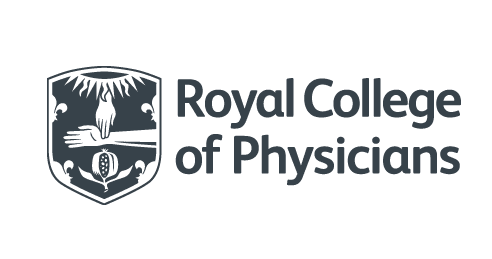 The background to the study was a growing concern in the scientific community about the impacts of air pollution on children’s health, especially asthma, cancer, and cardiovascular diseases.

With 10.3m pupils at 32,000 schools in the UK, it was identified that on average only 68 minutes were spent outdoors each day. Housing charity Shelter found that a further 3.2m of these children were living in poor quality housing with associated health risks.

Key the aims of the study

A systematic review of evidence

The team carried out a systematic review of literature regarding the health effects of indoor air pollution on infants, children and young people. A set of eligibility criteria was specified at the start of the project to ensure the review was robust and remained within the project scope.

The team collected, reviewed, and summarised all of the available empirical evidence to examine the evidence of a link between indoor air quality and children’s health before publishing their findings in January 2020.

Scope of the indoor pollution study

The research process actively involved children, young people and families in the process by engaging them in a series of conversations, this became known as Voice Bank 2019.

Three age groups of children were included in the study; birth and infancy, pre-school, and school age. Researchers spoke with over 200 young people during their visits to hospitals, youth centres, and school.

The impact of construction materials, building design, and the activities of building occupants were all reviewed.

There are many contaminants already proven to be a risk to human health indoors. These include carbon monoxide, tobacco smoke, radon (a dangerous gas that can build up indoors without good levels of ventilation), and asbestos.

Evidence has been growing that other sources of air pollution might also be a health risk. Cleaning products have come under scrutiny resulting in changes in formulation.

For example, the chemical composition of stain removers was changed on 2002 because it contained carbon tetrachloride. Air fresheners suspected to contain endocrine disrupting chemicals have become less popular and replaced in some instances by scented candles, which are also under scrutiny.

What were the key findings?

Conversations with children and their families revealed that many people don’t really understand what indoor air quality really is, or where to go for information to learn more about it.

Over 80% of the research found links between indoor air quality and children’s respiratory health in all age groups. The most prevalent problems identified were wheezing, allergies, asthma and respiratory infections.

As the children progressed through pre-school years skin problems were identified. Behavioural problems also came to light, including hyperactivity and inattention. Children of school age experienced increasing problems with cognitive function and difficulty in sleeping.

Families living in poor housing raised specific concerns about their health, e.g. mould on walls which they believed could be increasing the probability of experiencing a skin condition such as eczema.

We will discuss these in greater detail in our next post of this three part series.

The United Nations Convention on the Rights of the Child clearly sets out guidance to protect the rights of children and young people. This includes the right to the best possible health and a good standard of living.

Where families are unable to do this, governments are required to do this on behalf of all children. The Royal Colleges take on the role of providing information to inform government on introducing changes in legislation and social policy making, including children’s health and wellbeing.

Gathering evidence that is beyond dispute is the crucial first step in this process. Previous examples include legislation to introduce laws to protect children from harmful effects of smoking in public places. As yet, only strong advice is given to parents about smoking in their own homes and vehicles. Studies like this can strengthen the case to introduce new legislation.

In the year of the study 170,000 new homes were built, but this is only a small minority all of all UK homes adhering to modern building regulations.

This study focused on strategies that can help to reduce the impact of pre-existing, unavoidable pollutants for the majority of housing stock. This includes ventilation, legislation, and building regulations. These will be discussed in further in our third post in this short series.