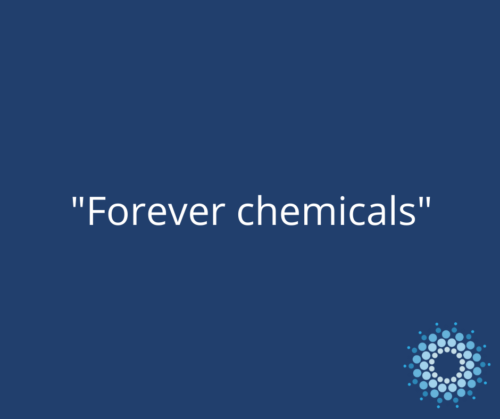 “Forever chemicals” in our air

We spend a lot of time indoors, so it’s quite worrying to discover that the quality of our air is affected by so-called “forever chemicals”. They have been shown to rise as particles into the air and settle onto surfaces in our homes, entering our bodies as we breath and drink.

One “forever chemical” PFAS, is considered by many in the scientific community to be an EDC – a group of chemicals which act inside the body by disrupting the normal functions of the endocrine system.

A new study based at the University of Rhode Island in California devised a method of catching airborne PFAS particles and measuring their concentrations in indoor settings such as nursey school classrooms and compared them to the concentrations found in dust and carpets measured elsewhere. They discovered that both neutral and volatile PFAS were present in all indoor air environments, and specifically a chemical group called FTHOs (flurotelomer alcohols).

They compared airborne concentrations of PFAS to those found in both carpets and dust, and found that levels were very similar, suggesting that we are exposed to harmful chemicals indoor in a range of everyday settings.

What is PFAS and where is it found?

PFAS (per and polyfluoroalkyl) is a large group of more than 4000 synthetic chemicals widely used in the manufacture of a range of everyday products such as carpets, paints, and food packaging.

It is used to give products waterproof and stain proofing properties, and to increase fire retardancy. Some classes of PFAS are described as a “forever chemicals” because they are very slow to break down and persist for thousands of years, and never disappear. They make their way into our water systems by flushing, rain clouds across the world. This study now confirms that PFAS is also present in our indoor air.

What are health effects of PFAS?

Read more about the Health risks of EDCs and Body Burden.