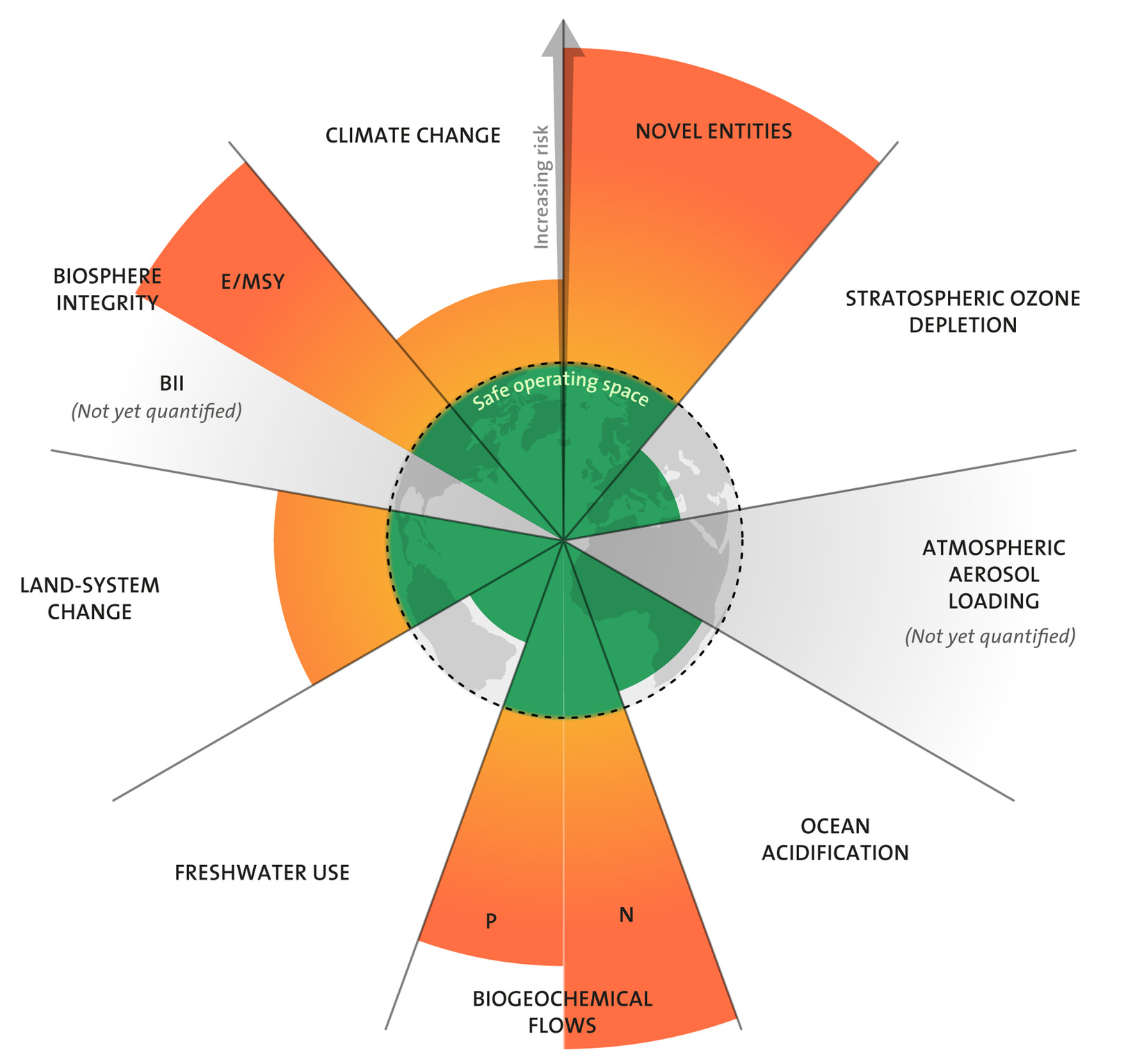 A new study just published by researchers at Stockholm University, Sweden has examined data to determine whether so-called planetary boundaries levels of PFAS have been exceeded.

Researchers compared levels of PFAS substances detected in a variety of global settings in samples collected since 2010 to the present.

Samples were drawn from media such as rainwater, surface water, and soil. Detected levels were compared with guidelines such as safety advisory levels of PFAS substances in drinking water.

These substances are widely used in consumer, agricultural, and industrial settings.

The study concludes, “that the global spread of these four PFAAs in the atmosphere has led to the planetary boundary for chemical pollution being exceeded.”

What are planetary boundaries?

These were first identified by leading global scientists in 2009 to identify nine regulatory processes to maintain the resilience and stability of earth systems for future generations.

Crossing these planetary boundaries increases the risk of environmental changes that are irreversible. Chemical pollution is one of those boundaries; it’s known as ‘novel entities.’ The illustration demonstrates that chemical pollution is considered by the scientific community to be at or very close to its limit.

This study concludes that PFAS levels in drinking water have not only exceeded the limit set but may be at the point where they cannot be brought under control, or reversed.