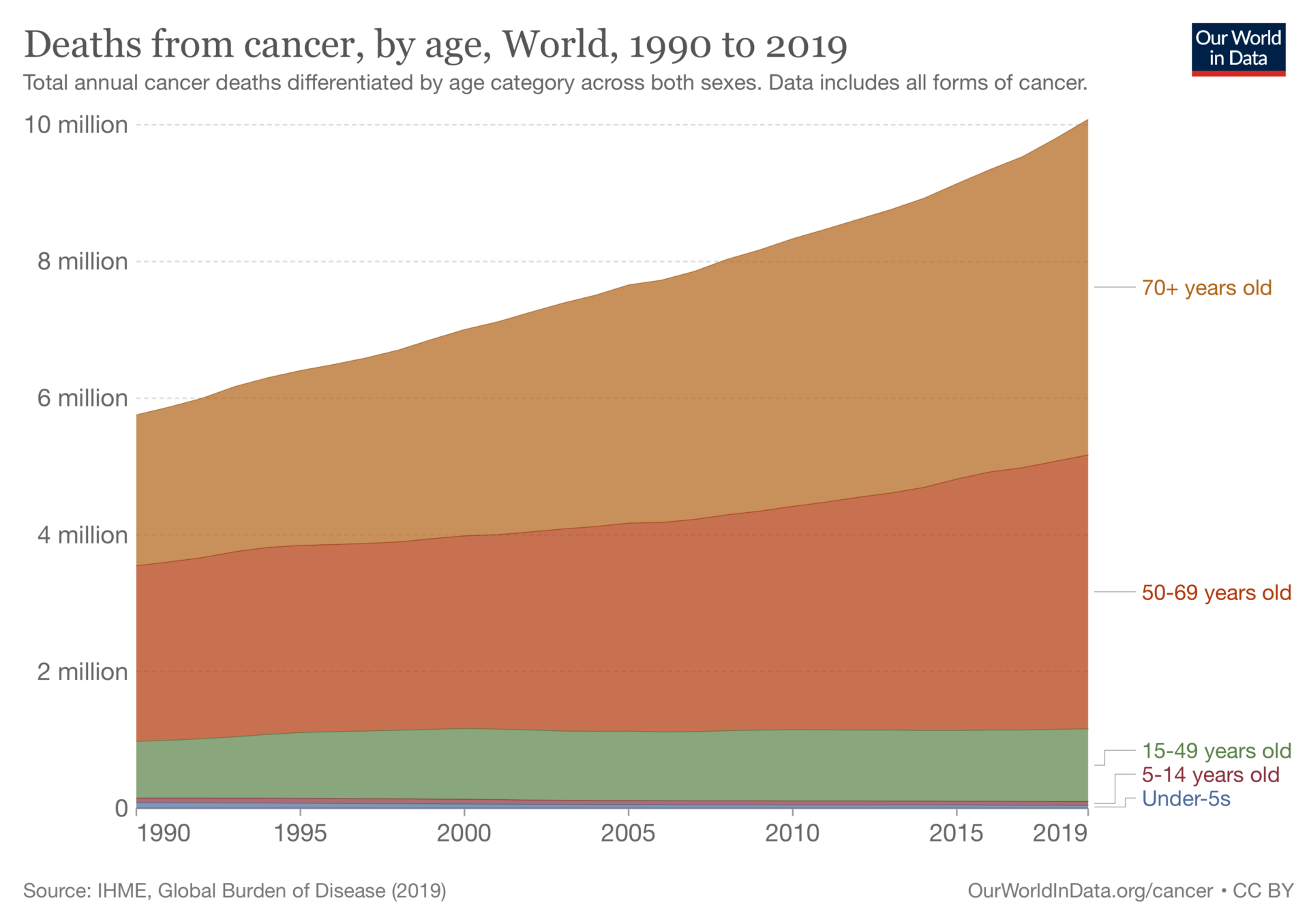 Since 1990 deaths from cancer have been rising in people under the age of 50 in many countries across the world. Rises have been recorded in a wide range of cancers including breast, liver, kidney, thyroid, and numerous others.

5.7 million people died globally in 1990 from cancer, increasing to 8.9 million by 2019. This is a very steep rise and reveals a sharp increase in cancer related deaths, especially in children and adults under the age of 50 years. These increases cannot be fully explained by changes in population demographics, or against the backdrop of improving cancer survival rates. Screening programmes have contributed to some extent to the rise in numbers, but none of these factors can fully explain the rise.

In a major review of cancer deaths, researchers have identified the need to see beyond population data and improvements in early detection, but to also look towards the medical risks of exposures in early life to build a better understanding of the development of the episome in early life. The episome includes factors such as diet, lifestyle, obesity, environmental exposures and the microbiome (the microorganisms that break down food to release energy and protect us against infections). It can be disrupted by environmental factors such as air pollution and endocrine disrupting chemicals.

The study not only raises awareness of the changes in cancer related deaths in younger people, but highlights the importance of improvements in the environment that could help slow down cancer death rates of all people in years to come. To build a better understanding of cancer biology, researchers will need to pay more attention to environmental factors in the development of diseases.

Read more: The role of ambient air pollution in the development of lung cancer.

Image credit: Our World in Data