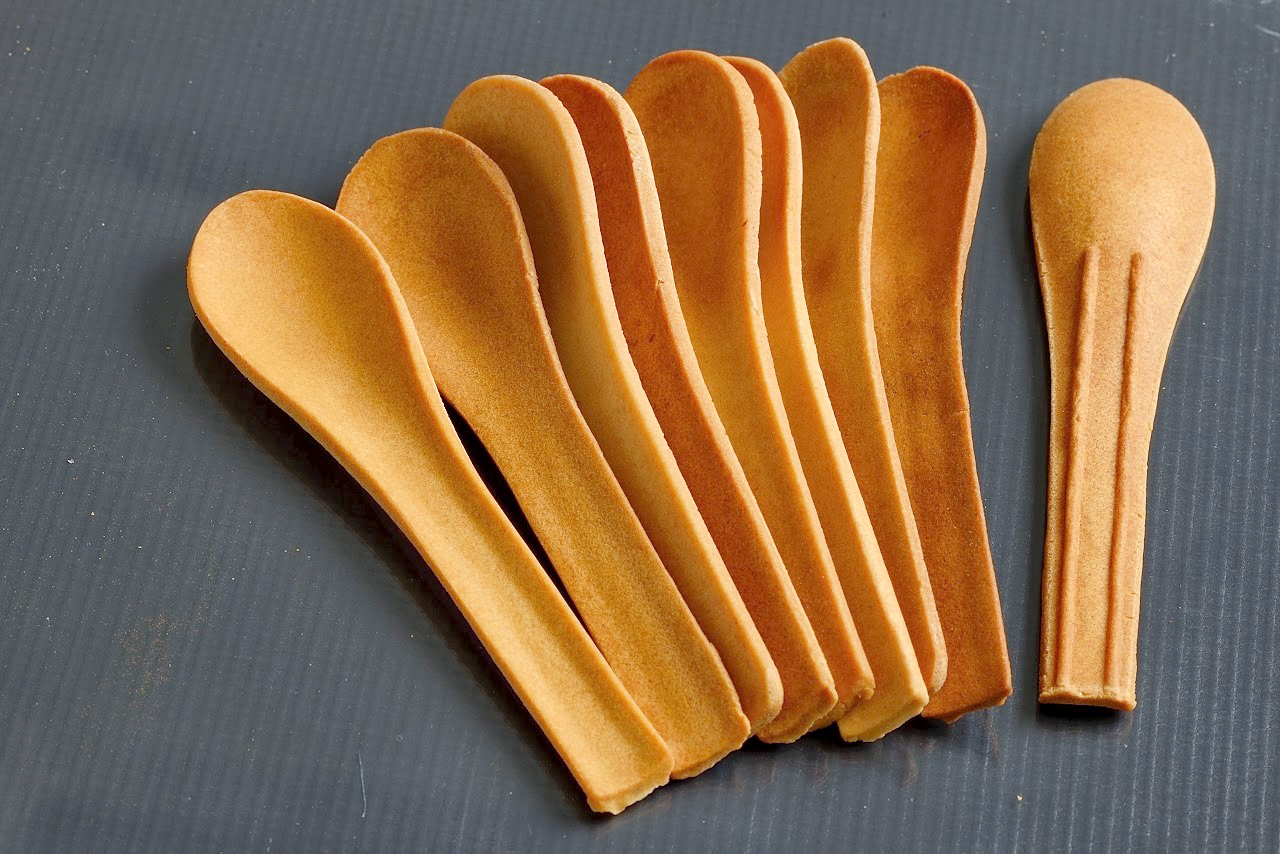 Edible cutlery – would you eat your own fork?

Billions of tonnes of plastic cutlery are thrown away every year. Many are manufactured using chemical substances considered to have endocrine disrupting properties, including Bisphenol A which has been associated with a range of serious health risks, including cancer, changes in reproduction, and obesity.

But what if you could eat your cutlery as well as your take away food?

It’s a idea that first appeared in 2010 when Bakeys Foods in Hyderabad, India led by Andhra Pradesh who was the first to develop edible cutlery as an alternative to disposable cutlery and chopsticks. Pradesh prototyped cutlery using plant based formulations that were biodegradable, eco friendly, and organic.

A review paper just published by the Journal of Applied and Natural Science, carried out by academics at the Lovely Professional University (yes, really) evaluates the feasibility and potential benefits of swapping plastic cutlery for plant based alternatives for the food industry and our health. The paper includes a comprehensive review of the potential health risks of ingesting micro plastic particles that are released in food packaging and cutlery.

Since Bakeys Foods pioneering invention many companies have followed, and a quick online search will bring back thousands of results, including a hybrid waffle maker that will even make your edible spoon for you.

It’s a very easy swap if you eat food on the move, or would just like to reduce your plastic waste. It’s likely to be healthier as well, especially if you choose an organic product.