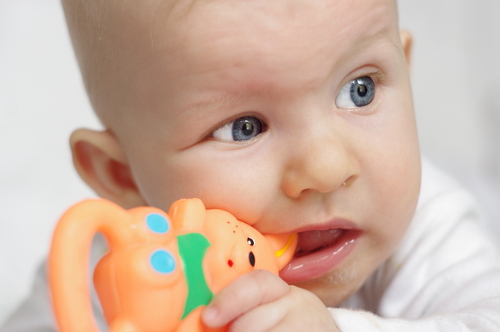 Can dioxins contribute to the toxic load of children?

A study published in March 2020 has been looking at the levels of chemicals with potentially toxic properties present in children’s toys and other consumer products, collectively known as dioxins. The aim of the study was to determine if dioxin levels present in plastic constituents of toys could pose a threat to children’s health.

The research team were able to make an estimate of the level of identified toxic levels of dioxins that might be ingested by children by mouthing toys containing dioxins. They observed that this kind of exposure could make a significant contribution of a young child’s daily intake of these toxic chemicals.

The team investigated toys made by using certain types of recycled plastics, very likely to have been manufactured using flame retardants containing high levels of PBDD/Fs. These flame-retardant chemicals are already known to be toxic to human cells.

They suggested that when the toys come into contact with children via their mouths, especially at very young ages, there could be a very high risk to their health.

Dioxins are a highly toxic form of environmental pollutant, known to be one of a group of persistent organic pollutants, POP’s. POP’s as the name suggests, persist in the environment for long periods of time and can travel long distances through the air and water courses.

In total some 400+ dioxins have so far been identified but only 30 of them are considered to have significant levels of toxicity, with dioxin TCDD (2,3,7,8- tetrachlorodibenzo para dioxin) being the most toxic according to the World Health Organisation.

What’s the risk to human health of exposure to dioxins?

When dioxins enter the human body, they last a long time because the body is unable to break them down easily as other less harmful chemicals. They can persist for many years with many thought to have a half-life (the time it takes for the concentration to fall by a half in the body) of up to 11 years. Dioxins also have the ability to be stored in the fatty tissue, adding to the burden carried by the human body.

What have scientists discovered about dioxins?

PCDD’s and TCDD’s have been identified by earlier studies to be highly toxic following exposure at the early stages of life. In a study by Budin et al, high levels of a dioxin, PBDD/Fs (Polybrominated dibenzo-p-dioxins and dibenzofurans) similar in its toxic actions to other dioxides were found in plastic toys. Until now this dioxin has not been assigned a TEF (toxic equivalency value) by WHO.

The study suggests that the use of contaminated plastics could represent an additional source of exposure for young children and concludes by suggesting that levels of dioxins in recycled plastics should be more closely monitored, in particular during the manufacturing process of new toys.

It is not yet known what the contribution is to the toxic load, or body burden carried by a child who is exposed to this dioxide, further research will be needed to establish this. Read more about body burden Body Burden here.

WHO information about dioxins